Photo by Sam Meyer of Cocktailians.com 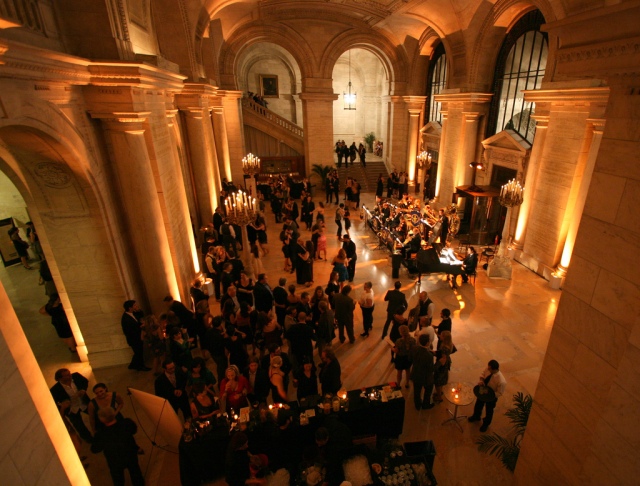 “The Sunday Mercury says that if you are at a hotel, and wish to call for a beverage compounded of brandy, sugar, absynthe, bitters, and ice, called by the vulgar a cocktail, ask for une queue de chanticleer–it will be an evidence at once of your knowledge of French and of Chesterfield.”– The New Orleans Daily Picayune, February 2, 1843, p.2 [Transcribed by David Wondrich]

Day two of the Manhattan Cocktail Classic (and by day, I really mean an afternoon that stretched into a late night) was a never-ending smorgasboard of boozy deliciousness capped off with a glittering gala that everyone is still talking about.

My afternoon began innocently enough with David Wondrich’s seminar, “History of the Cocktail in New York, 1810-1920.” The handout given out prior to the event innocently read, “liquid exhibits will be served.” Actually, five re-created artifacts were served, and given their potency, those pre-Prohibitioners were no nancies when it came to getting their imbibe on. Beginning with the circa-1820 “Willard’s Gin Cock-tail,” a simple mix of genever (Holland gin), a lump of sugar, bitters, ice, and grated nutmeg, to the “Modern Cocktail” served in 1910 (scotch, sloe gin, absinthe, lemon juice, simple syrup, and bitters), it was interesting to learn how early bartenders became inspired by foreign influences, such as the French with their vermouth and the Japanese with their flavored syrups. I especially enjoyed the “Manhattan Club Manhattan,” circa-1870 (1 1/2 oz. rye whisky, 1 1/2 oz. sweet vermouth, dash orange bitters, and lemon peel garnish). Clearly, there’s a reason why this classic cocktail, the first to use vermouth, has stood the test of time–it’s empowering and delicious.

The empowerment continued at the official bar at Astor Center, where I guzzled a frothy “Great Lawn Sour” pisco sour mixed by Jeremy Thompson of Raines Law Room, followed by an exclusive tasting of Jason Kosmas’ Employees Only-brand grenadine and lime cordial, to be released early next year. Made from organic ingredients with a carefully-tuned viscosity ideal for hard shaking, I predict that these modifiers will be on many a cocktail menu next spring.

After a much-needed rejuvenation nap and change into my party dress, I made way for the New York Public Library where the Manhattan Cocktail Classic’s main event, the “Spectacular” gala, drew a crowd of 1,000 willing to shell out $100 per ticket. Most attendees chose Gatsby-esque or 19th century wear, sipping drinks from more than a dozen bars. Sponsors included Absolut Vodka, Maker’s Mark, Hendrick’s Gin, Crop Organic Vodka, Ketel One Vodka, Tanqueray Gin, Don Q Rum, Gran Marnier, Bombay Dry Gin, Bacardi Rum, Aperol, Zacapa Rum, Bulleit Bourbon, Don Julio Tequila, and Solerno Blood Orange Liqueur. There was also a massive amount of delicacies on hand, including an oyster bar, roasted suckling pigs, smoked fish from Russ & Daughters, and cheeses from Stinky Bklyn. Swing dancing and swanky hobnobbing were the order of the night–this was an event not to be missed! (But if you did, you better be on the lookout for the grand event happening May 14-18!)

Photo by Sam Meyer of Cocktailians.com