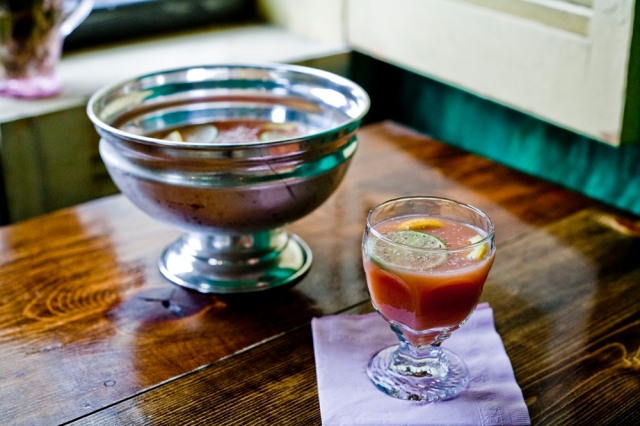 If you’ve been reading this blog for a while, you know that I have a thing for punch. It’s been the centerpiece of every event The Dizzy Fizz has thrown, from last year’s Holiday Puncheon to the recent 18-punch smorgasbord at The Summit Bar’s First Anniversary bash. Of course, we’ve been spoiled with delicious punch in NYC for some time, thanks to cocktail havens such as Clover Club, Death & Co., and Prime Meats.

Thanks to some recent press, it seems that the idea of serving bowl-sized cocktails has gone mainstream, and with the holidays around the corner, I can only predict that we’ll be seeing more ladled goodness: